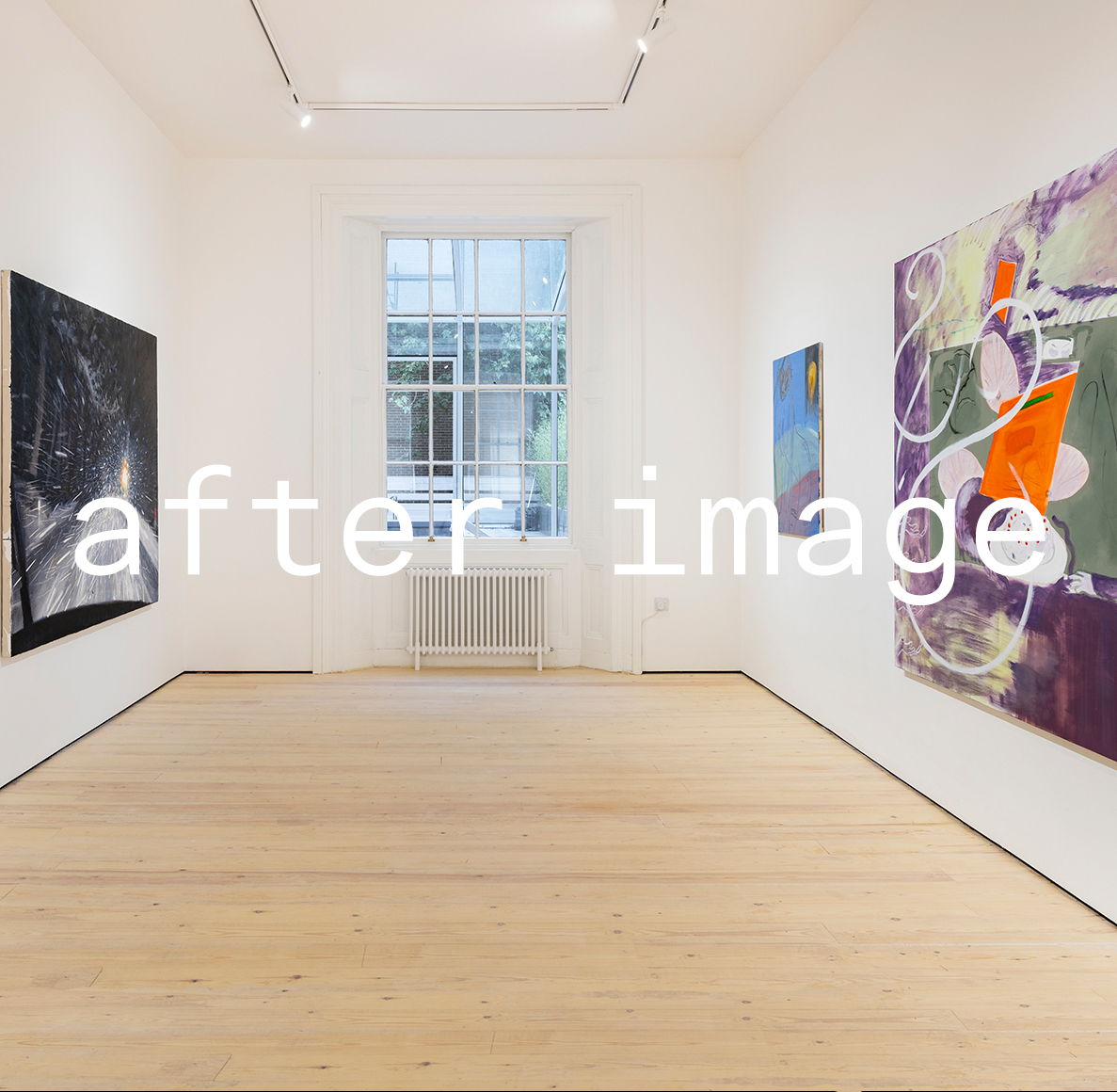 MAMOTH Gallery brought together an exciting group of emerging artists for their exhibition 'After Image', so, obviously, where's the frame invited London-based writer Mazzy-Mae Green to share her thoughts on it

In our digital age, with its dematerialisation of the image, the relationship between picture and painting has taken on new meaning as artists grapple with new forms of corporeality. An exhibition of works from 2020 at MAMOTH Gallery, until 28th November, underlines this phenomenon as wide-stretched and prescient in contemporary flatwork. It positions this moment as a continuation of the interest in commoditisation that began in the early twentieth century, with innovations such as Duchamp’s Fountain (1917). Bringing together twelve artists, across three rooms, whose practice is in some way related to the circulation of imagery, the show considers “picture” as not only defined by its passage through history, but its transference between paintings.

Though the exhibition’s formulation insists heavily on a topic it does little to unpack, and which is in itself very broad, the cacophony that this creates works unusually well to induct the viewer into a televisionesque abstract drama. In this loose world, they find themselves confronted with works by Alvaro Barrington, Lydia Blakeley, Nicholas Cheveldave, Gina Fischli, Henrik Potter, Zeinab Saleh, Sherman Mern Tat Sam, Gal Schindler, Sean Steadman, Tom Worsfold, Joseph Yaeger, and Vivien Zhang; they are surrounded by colour, a range of boisterous-beautiful works on both the walls and the floor, and this encircling claim of pictorial preoccupation.

In the first room, Barrington’s Untitled (Bullets Don't Spin 1), though smaller than its neighbours, commands full attention. Inside its wooden frame, burlap paper sits coolly, overlaid with a pegged, stitched photograph, suspended diagonally on red string, alongside painted and drawn ephemera. The mixed-media canvas pulls together various components, recombining and re-contextualising existing imagery as a singular piece. Aside from contemplating the shifting relationship between items that have been physically merged, the work explores the insertion of the personal into the historical and collective. Barrington’s trademark use of string, for example, is a reference to the women in his family who taught him to sew.

The second room offers a dazzling contribution from Fischli: a series of glitter-bombed motifs of the consumption world, from Lucozade to old water bottles to canisters of nitrous oxide. Propped up against the skirting board, these plywood paintings have a slap-dash, pre-theatre-production feel to them. Spread out across one of the rooms, they give the space movement, as the viewer crouches to get a closer look, breaking up the otherwise straight hang. Consistent with the artist’s preoccupation with incorporating kitsch motifs and cheap materials into her practice, these works have a playful thrill to them, steeped in positivity towards the instant pleasure of these small comforts.

Blakeley’s presence in the third room offers a similar shoo-in of cosiness. In pallid, beige and blue tones, cats scratch poles, dive through flaps and sit patiently in front of crates, alongside owners, dogs and campers. In this series of works, Blakeley stills the domestic as a representation of the present moment. As always, she explores the saturation of snapshots of hyper-reality, responding to images from popular culture and making them physical. Counter to the fast-moving nature of life, these images insist on the continuation and permanence of these snippets. The fact that these are offered to us in a set of friendly, clean colours – reminiscent of Alex Katz – has the effect of allowing us to digest, slowly and with quietude, the images moving around us.

While the show alights on each artist individually, often grouping their works together – where there is more than one – in near-individual sections, full saturation can only be reached through their messy, lovely dialogue with one another: Yaeger’s Advertisement turns reflectively away from Blakeley’s Home Extras; Mern Tat Sam’s Got my mojo working cheekily punctuates the dividing wall between two long stretches of paintings; and Potter’s white-covered Apologies series creates a minimalist pause in an otherwise intensely hued display. If an “after image," is the continued impression of visual sensation after its cause has been removed, then these paintings are the afterlives of pictures themselves, burnt into the retina and dancing on.

Mazzy-Mae Green is a London based writer and curator doing her MA in Culture, Criticism and Curation at Central Saint Martins.