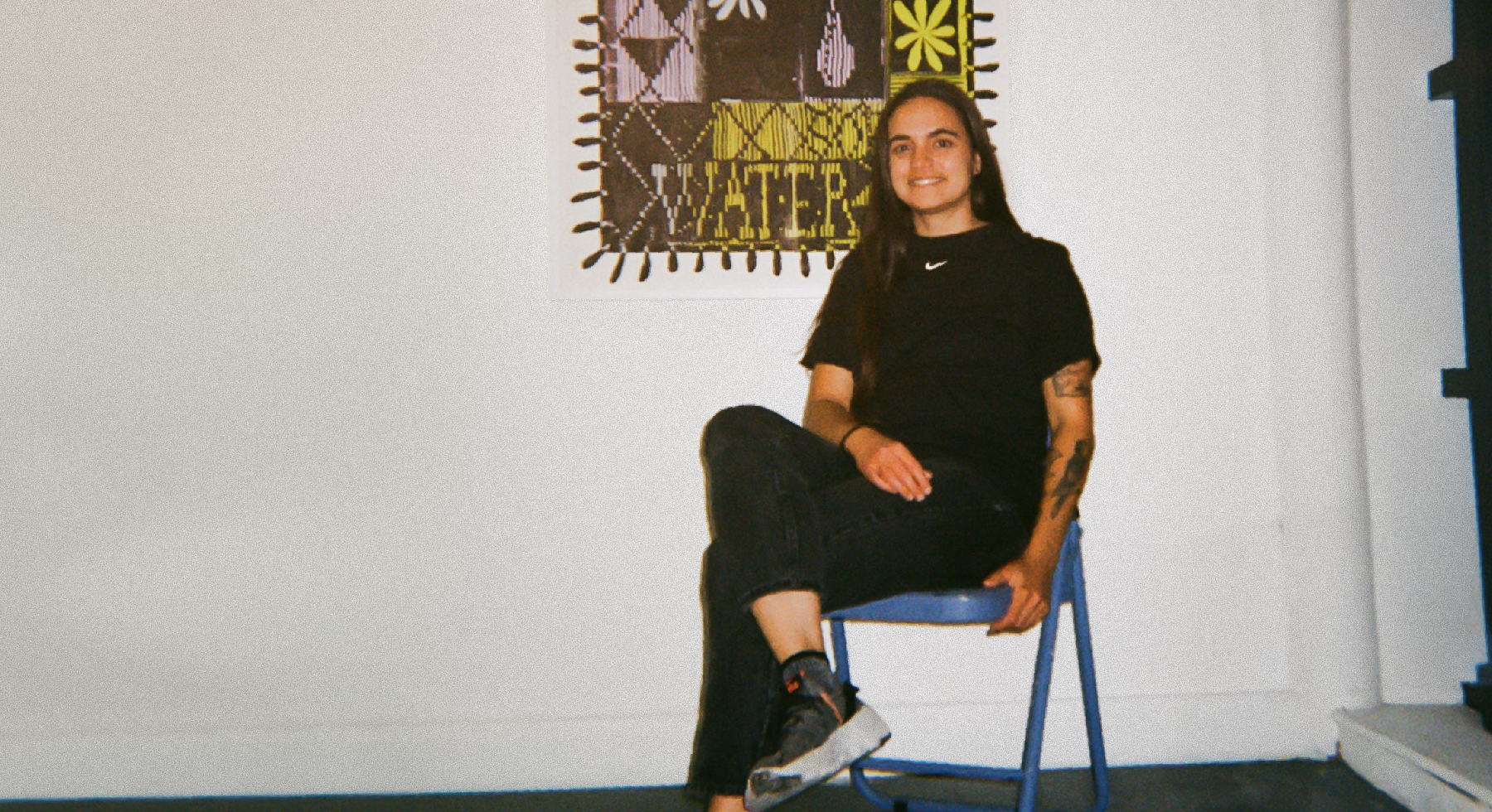 Connections, making them, thinking about them or following them, are at the heart of Sofía Clausse’s practice. While the organically shaped forms in her works are handmade and look spontaneous, the ideas stem from - seemingly contrasting - exact subject matters such as time, cycles, repetition, language, and translation. In each work, Sofía starts with one concept, such as a line or water, and develops it to the fullest. Looking for connections, stretching for their limits, transforming to different forms and then expanding beyond. With loops, repetitive forms and weaving, there is not only a sense of connection in each work but in a beautiful way, one work is connected to another, be it by following up a previous thought or using leftover materials.

The conceptual basis of Sofía is that “Visual elements, materials, colours, processes, and tools, are constantly transforming and generating each other, following and creating its own rules and systems, expanding its own universe.” For example, the line “which is the single unit from which a bigger work evolves, taking on different forms.” Within her body of work, ideas bounce off each other, feed into each other and continue to grow, expanding further and further. In this way, “it can help to convey something that could not be expressed before, and through this, find new meanings.”

“My practice is an ongoing and ever-expanding research where works transform and translate between one another, creating a spiralling way of production and thinking.”

In a recent body of work, such as the collage Water Quilt, Sofia explores water as a concept of “circularity, transformation, and "inter-creation". What’s interesting to her is that “Archetypically water is a symbol of that which is unconscious, mysterious, healing, and alchemical. Water moves in waves like it is breathing. It reacts to the moon. It gives life. I focus on what I think of as the soft qualities of water – how it transforms, flows, and changes through cycles, with its own rhythm, memory and time.”

In Water Quilt, you can see the word water, but it’s written in a straightforward way. Sofía uses a way of writing that runs across her body of work. Words are made up of vertical lines — so starting with the line, although with an unusual way of writing, it develops into a word. The cutouts that make the flowers are used around the edges as a frame. You then realise that the flowers are made up of droplet shapes, referencing water. In a collage sketch made for Water Quilt, there is a tear-shaped form that is made by painting the negative around it. A more hidden reference is that the black dot-pixel pattern in the background is a pixel-imperfect letters spelling WWA A T E eRR R R.

Sofia doesn’t only make connections between lines of thought; she also likes to play with the limits of control. For example, in  ‘Everywhere’, Sofia plays with control and chance at the same time. It’s part of a larger series that depict systems of mesmerising infinitely flowing lines that are structured and playful. In the works, she thinks about systems by systematically depicting systems using tools.

These tools are custom-made using a 3D printer. It allows her to attach different brushes or markers and space them out any way she wants or add as many as she wants. ‘These ones are all about studying the behaviours of tools,’ she has said, ‘how they move, how they want to naturally behave, and in turn how they make my body respond and be limited by them.’  So it’s about the systematicness of these movements of creating. She explains that she arrived at this practice by studying calligraphy and letterforms. ‘The curves and intersections of these shapes come from a sort of muscle memory from painting letterforms again and again.’

The meandering lines are simultaneously planned and spontaneous; they are sketched out to a degree while leaving some room to deviate when carried out. The lines that are created with the tool, in which she inserts brushes to create these lines next to each other, looping under and over each themselves. The tool gives her some control over the outcome, but only partially. By not being completely controlled, she likes to follow to see where it’s going. As she describes, in the process of creating, there is a moment in which it “becomes its own thing and goes on its own path, not totally in my control, but which I then follow to see where it's going. I work with them, and they work through me.”