Thinking about embodiment, spirituality and human experience in the digital age and all their interconnections, Sian Fan is an interdisciplinary artist practising in London. Sian has a background in performance art but works in a wide range of media - sometimes at the same time - from sculpture to performance to animation and from moving image to virtual and augmented reality. She reflects on how we construct identities and existences in digital spaces beyond our physical bodies in each medium.

The questions about the construction of identity that Sian raises are grounded in her own experience of being mixed race (Chinese and British). Navigating the complex terrain of identity, she mediates on her own fragmented sense of it and explores what it means to exist in-between worlds. By troubling the parameters of the two, the question of what the threshold for identity is arises. Which qualities, attributes, or parts of identity do you need to meet for you to comply? What if you don’t? In this way, she reveals and expands the verges of human identity where one exists as both and neither at the same time.

This feeling of falling in between is like existing in a grey area that escapes and denies the binary, but it is also isolating and confusing. ‘The complexity of being in between is at once full of depth in being both, being than the sum of its parts but also paradoxically lacking in its incompleteness – it never fully embodies either space.’

Paralleling the complex duality of her own mixed background and the complex duality of online versus offline became a focal point in her practice as part of a residency at the V&A museum. Coinciding with the exhibition Alice: Curiouser and Curiouser, Sian researched the museum’s vast East Asian Collections to explore the evolution of Eastern Spirituality within the collection.

“I was looking at the duality between the physical and digital and the false binary that we use to separate the two, but they are entangled and inseparable.”

This idea was further developed in an aerial performance, ‘Between Worlds’, which was part of the V&A performance festival, in which Sian performed with two other dancers. The performance connected the physical with the virtual as the dancers moved across the silks, far up in the air, with digital renderings of flowers projected on them. In this way, the performance creates an illusion of being somewhere in-between a physical and virtual world.

The work also ties into her broader interest in the theme of duality, thresholds and in-betweenness in other ways. The projected florals are created by the artist by using images from the museum’s East Asian Collections collections. Starting with different images, she created a digital rendering of them that made them morph into each other. As she explains, “I take a still from that moment of transition, where one image becomes another, when it is shifting and is both and neither at the same time.”

Hereby, like in most of her work, you can recognise her interest in movement as well. There is suspension, glitching, spinning, foregrounding, and pulling, which you see not only in her performance and interactive technology work but also in her 2D work.

Another way how Sian connects and complicates the relationship between the physical and the virtual is through her computer-generated images of botanics. For example, the 20-meter-long commission she created for the New Covent Garden Market was on view for 12 months last year.

Looking like a glitched and moving collage of fruits and vegetables, the work is made up of different layers of virtually edited photographs taken at the market She creates these digital collages by starting with taking photographs. In this case, Romanesco broccoli, Shimeji mushrooms, Japanese anemones, calla lilies and the other fruits and vegetables she found at the market. With a specific kind of software, she turns those pictures into 3D models. In its turn, she brings these models into motion through another kind of software. The stills she takes from these moving models are digitally deconstructed and reassembled into a new image.

“The work seeks to capture the breathtaking variety of the entire market, from fruits, to vegetables, to flowers," explains Sian. "It digitally fuses these elements together as a meditative expression of connection, curiosity and colour."

The works Sun Catcher and Shadow Song are a continuation of this interest in duality that was developed at the residency and the New Covent Garden commission. Expanding on the notion of how in video games, botanicals and florals recur in cyberspaces as having healing properties, Sian uses florals within her work to represent that intangible quality of humanity. For her, the healing properties that flowers have, are tangled in that idea of this idea that florals represent the quality of humanity as a whole, whether that’s the soul, the spirit, the consciousness, or chi, that spiritual quality of being human.

Sun Catcher looks at the healing power of florals, and Shadow Song is its antithesis. This also reflects her interest in the Asian philosophy of yin and yang. So although there is a duality, it’s a balanced one. She explains how it’s it’s a black mirror, a common thread through Sian’s work. In these works, although they’re connected, there is darkness and light, there is poison and a cure, there is the sun, and there is the shadow. 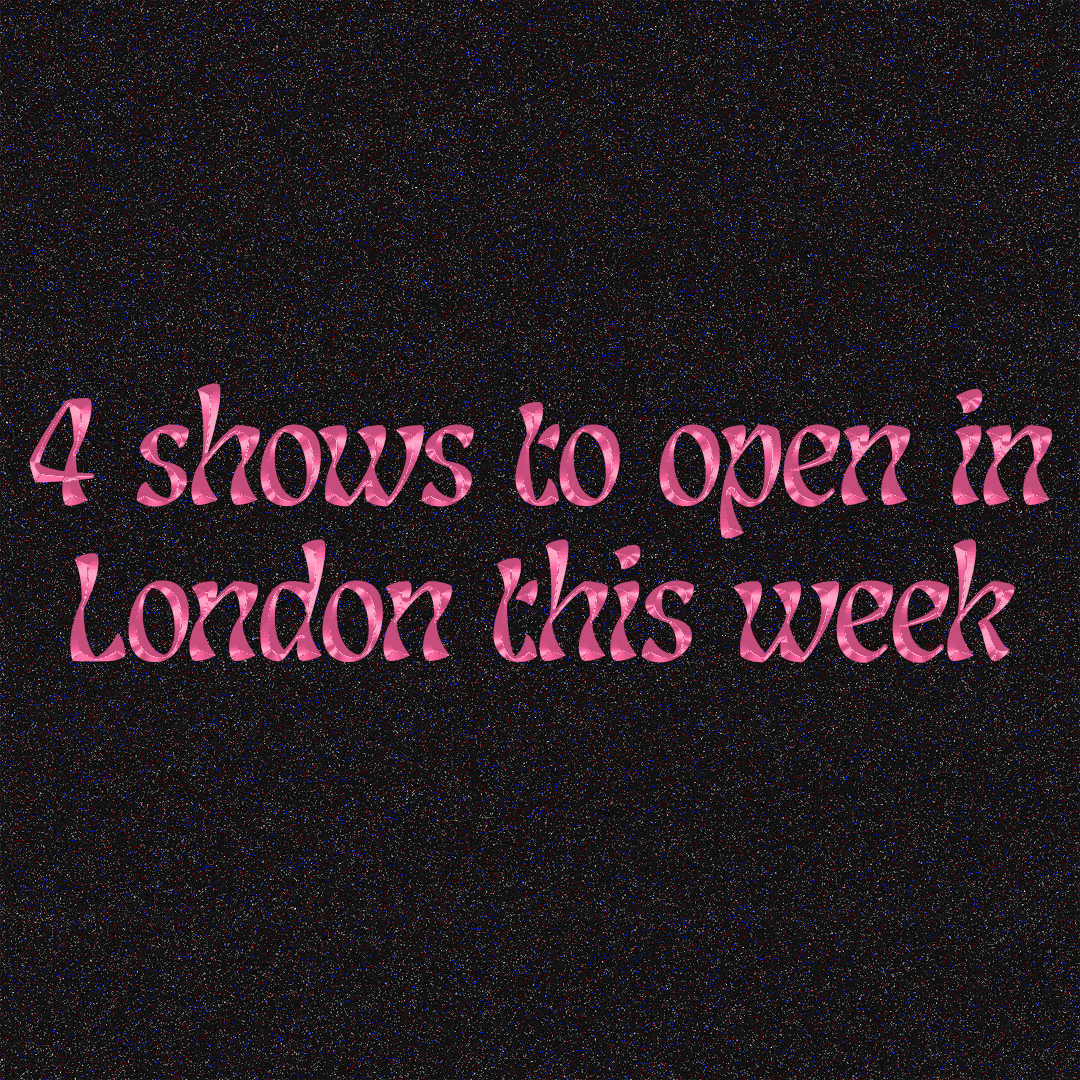 Four shows to open in London this week