A Deeper Look at the Contemporary Women Artists Exploring Spirituality, Mysticism and Occulture

There exists a long and complex history of women artists engaging with notions around the occult – exploring, to varying degrees of sincerity, ideas of witchcraft, paganism, magic, mysticism and spirituality. Heavily influenced by seminal texts, such as Marxist feminist Silvia Federici’s Caliban and The Witch, women artists have often returned to the witch as a symbol of resistance against patriarchal subjugation.

Federici offers an account of the body, in particular women’s bodies, during the transition to capitalism. Her close examination of the witch trials and the enclosure of women’s reproductive powers paints a picture of capitalism forged in blood. Women who were unable to reproduce, or who operated as healers and unofficial midwifes within their communities were labelled witches and persecuted, while access to natural medicine via common land was eradicated. Femininity, the unruly female body, infertility and systems of knowledge passed down through matriarchal lines were all affiliated with witchcraft, and thus destroyed.

In light of this history, the witch has become a contemporary emblem of female disobedience and resistance – during Trump’s election campaign Wiccan groups prayed for harm to come to him, recently social media platforms like Tiktok have played host to subcultural groups of young women banding together to cast spells. Meanwhile, crystals, manifesting and Tarot are no longer countercultural, and have largely been subsumed into the mainstream.

This wider cultural resurgence of occultism is reflected in the practices of contemporary women artists. Many have turned to alternative ideologies, esoteric practices and magical aesthetics to express narratives of empowerment, de-colonisation, environmentalism and feminism. For some, the spirituality they explore is deeply personal and unrelated to wider systems of knowledge. For others, magic and ritual are an authentic part of their daily lives and this bleeds into their artwork. In some practices, age old processes are used to connect new artworks to the past and reignite long forgone traditions.

The multidisciplinary exhibition, Spirit Within by BWG Gallery (on show at Ben Oakley Gallery till 28th August) brings together a group of eight women artists who each take a unique pathway, in terms of both medium and subject matter, to journey the viewer through realms of magic, mysticism, spirituality and their inner-worlds. Four of the artists, Salome Wu, Hazel Florez, Mafalda Figueiredo and Olivia Mansfield spoke to Where’s The Frame to offer deeper insights into their works on show, and consequently their systems of belief and the spiritual pathways they follow.

“It’s hard to say what this piece means to me. I think it goes back to a fleeting conversation I once had with a friend, she mentioned a medieval story about King Harold II, who is said to have died from an arrow shot through his eye. This story stayed with me, I found it such a visceral and intense image – one of pain, grief, and fear.

When making this work, I’m not sure it was consciously in my mind but I can now see this folktale must have really made an impression and I created my own interpretation of it. Beyond that, it’s connected to something deeper, something ineffable that seems to bleed into all my paintings. An instinctual attraction to certain colours, a guarded vulnerability. My works contain a lot of myself, but that part of me remains somehow unreachable or undecipherable at the same time. There is also something about the eyes being closed, my figures seem to always have their eyes closed which is perhaps a part of the guardedness, it slightly conceals them from the viewer.”

“In 1942 Gerald Gardner defined a Talisman as something with the following magical purposes, “to avert danger, to protect against disease, to guard against material influences and their accompanying dangers...".

Fading Spirits of Albion is a talisman for the protection of the UK’s endangered flora and fauna species. It features depictions of these flowers and plants, alongside sigil markings and an image of the archetype of the Tower from the major arcana of the tarot. It is painted on an oval birchwood panel, as birchwood is traditionally associated with wands and considered to possess magical powers.

The talisman features depictions of and seeks to protect Ghost Orchid, Red Helleborine, Spreading Bellflower, Crested cow-wheat, Cotswold pennycress, Meadow clary, one flowered Wintergreen, Twinflower, Lesser Wood Calamint, Yellow Bird's Nest, and Downy Hemp Nettle. Many of these plants are critically endangered, their decline being accelerated by industrial farming methods and the resultant loss of habitat. Some, such as Downy Hemp Nettle, are already extinct in the UK.

Amongst the images of flora and fauna, there are surreal sigil markings. These are imaginary bio forms able to harness apotropaic energies, they recognise the fragile beauty of the endangered flower specimens and shun away evil. Central to the oval shape is the Tower from the major arcana of the tarot. In Tarot, the tower card represents change in a radical and momentous sense. In the painting, the tower is surrounded by flaming meteorites which express how disastrous and tragic it would be to lose more of the UK’s beautiful biodiversity.

The painting brings together the real, in the form of depictions of endangered flora and fauna, with the otherworldly through the presence of spiritual beings and Tarot symbols. The talisman is both a painting and a supernatural entity, acknowledging the sanctity of the UK’s endangered plants, seeking to protect them and appreciating their value as liminal, ghostly, spectral and divine.”

“My approach to figuration is one that resembles the process of signification in dreams. I take an image and attribute meaning to it, turning it into a character within the painting. This serves the purpose of processing my personal experiences in a way that allows me to transfer them to the object of the canvas and release myself from them. The symbol of fire came to me as a way to do that: to process difficult emotions, anger, grief, pain and ritualistically burn them down to give way to something new. In this painting the character stands proudly looking out as if confronting the observer and simultaneously exhibiting the pain she’s owned and turned into beauty. She’s peacefully accepting her experience.

My work can be considered spiritual, in that I understand the spirit as the self: I’m interested in its complexities as an entity in negotiation with its surroundings and this is one of the main topics I draw inspiration from.”

“This painting is looking directly at a state of change, transformation and reawakening.

The figure strides firmly over licking and volatile waves of energy and fire, yet she is solid and strong, she is straddling realms and establishing dominance whilst she transmutes and restores her soul's power.  She almost revels in the ferocious flames, enjoying them for their elemental influence and power.

I made this work at a time of renewal in my own life, I came back to working on a larger scale (and specifically in oil paint) after having a break to be with my young child. The works were mainly painted at night, in an outside home studio. My little breaks from the intense mark making and gestures, were spent sitting underneath a deep dark, black night sky gazing at the moon and stars.

It symbolises growth and acceptance. To feel right within our own skin and to recognise the beauty, fortitude, and sensual energies without and within our bodies. It dialogues a relationship with ritual and ceremony, walking across hot coals, power in pain and strength in vulnerability and healing.”

Spirit Within by BWG Gallery is on show at Ben Oakley Gallery until the 28th August. For more information, visit the gallery's website. 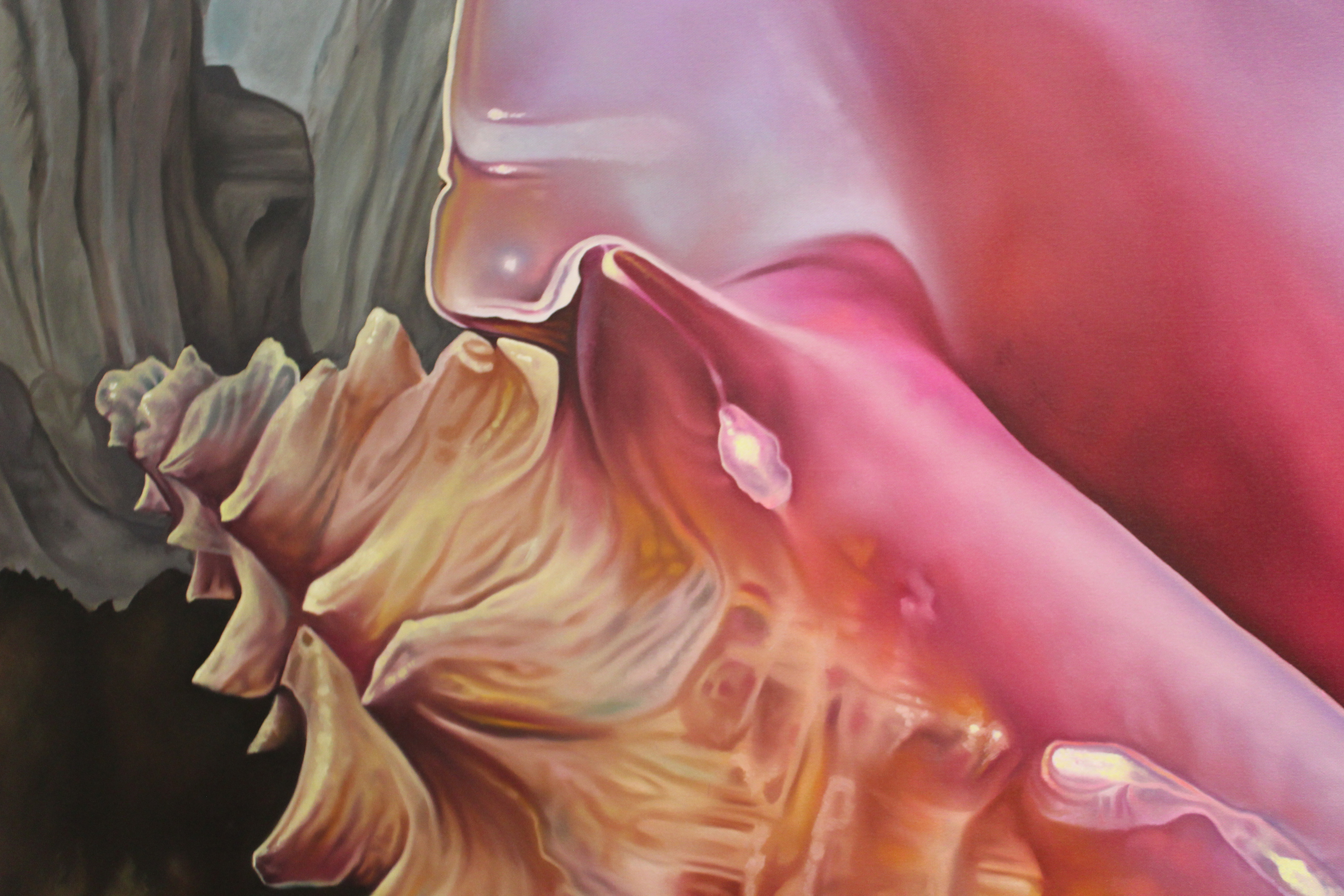 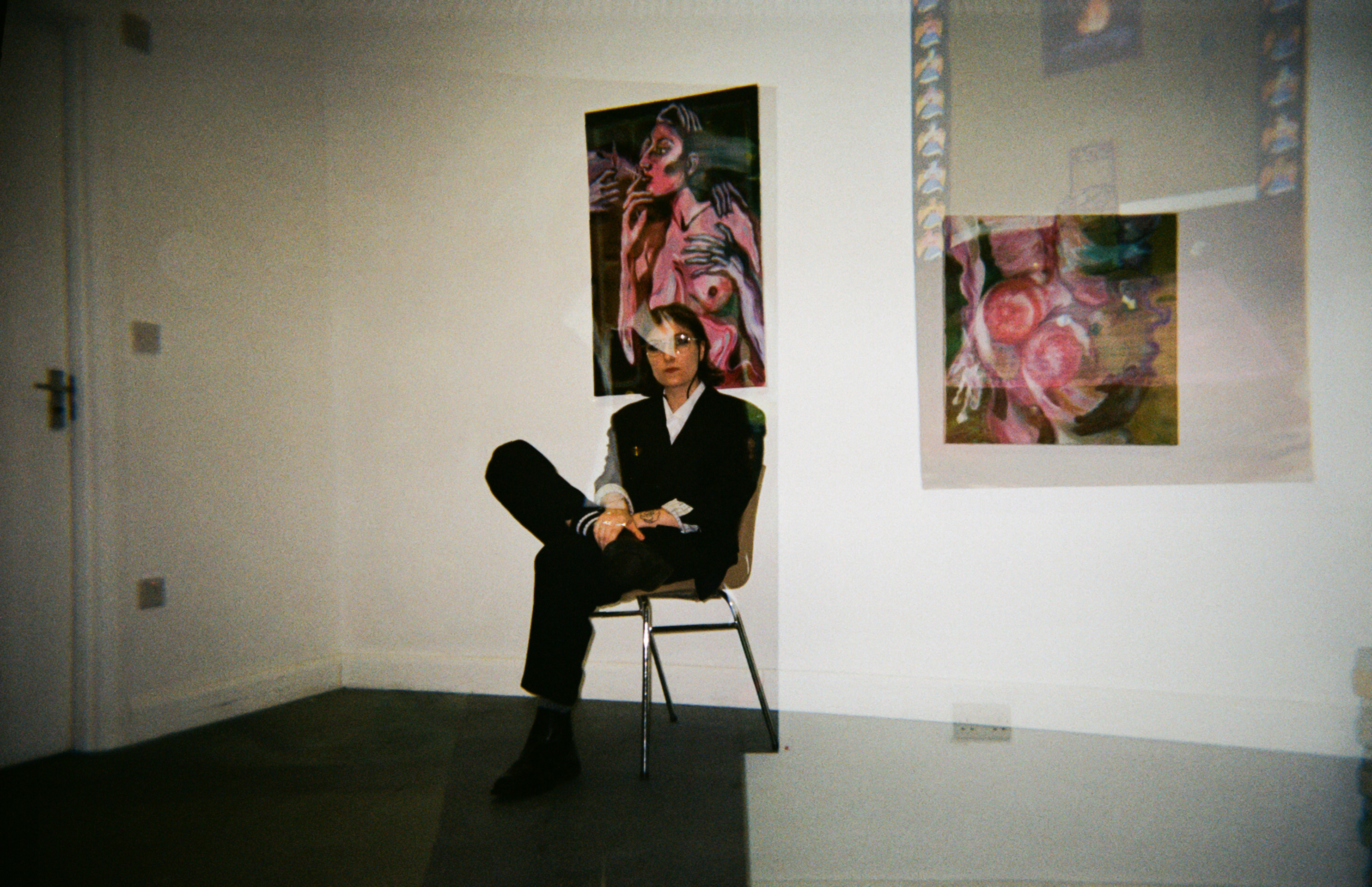 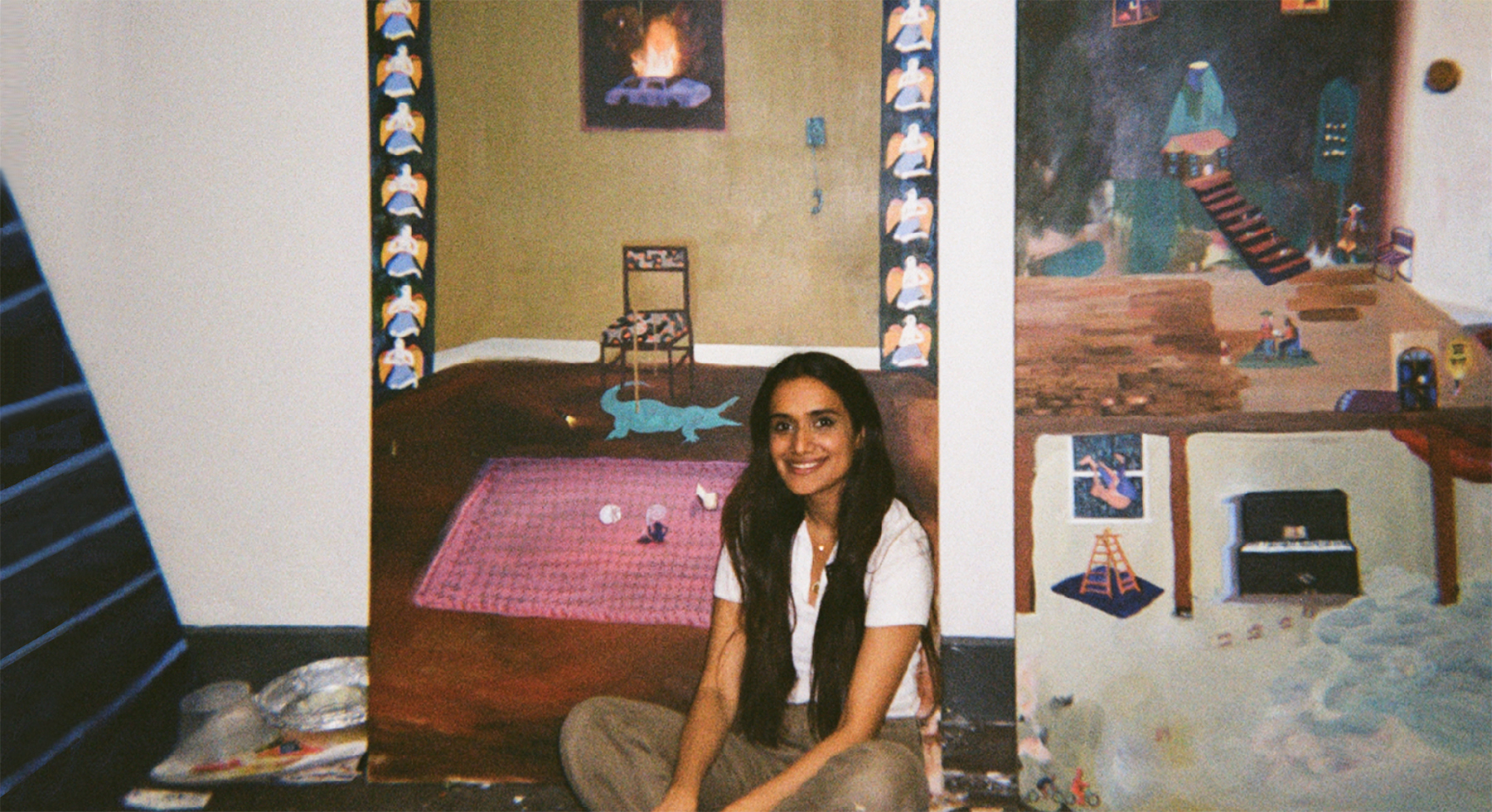