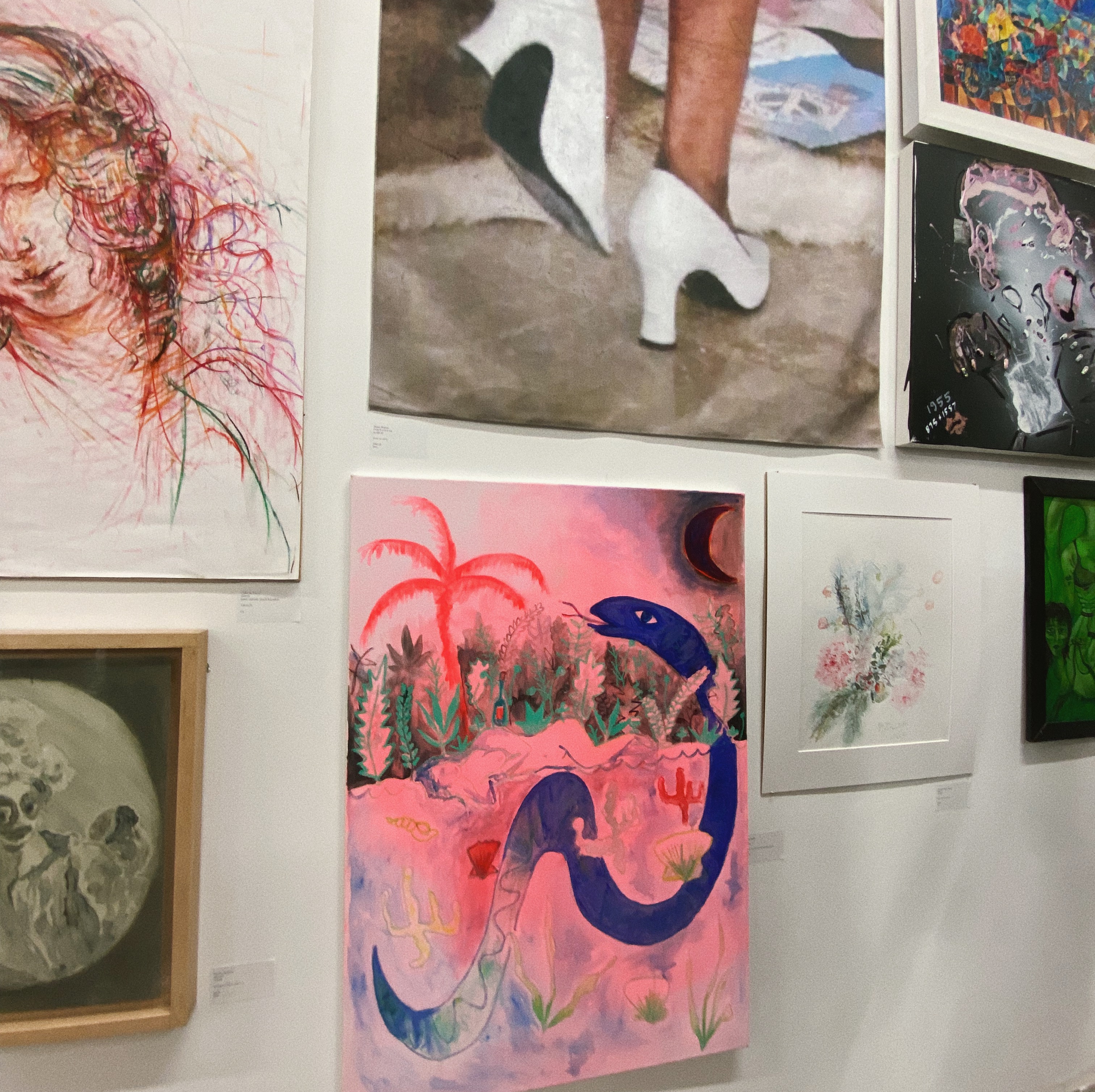 It all started in 2014, after artist Christine “C” Finley staged the Whitney Houston Biennial, a response to that year’s Whitney’s Biennial, which had less than a third female artists. FYI, although they’re doing much better now, the Whitney has a bad trackrecord of underrepresenting woman artists. The Guerrilla Girls famously has targeted the Biennial which represents American Art at least two times, in 1987 and 1994, exposing the museum’s poor record on exhibiting women and artists of colour.

The Whitney Houston event started out as a one-day event. The next one spanned over two weeks, and the third one expanded to Los Angeles. This year’s iteration included events and exhibitions taking place around London and New York at the same time.

Even though it’s now called The Every Woman Biennial, Whitney Houston references are still there. This year’s title came from the icon’s song My Love is Your Love.

The NYC events focussed on NFTs, making it the 1st NFT Biennial, for which WTF? Favourite Alice Quaresma made the stunning An Ideal Image Transcends the Everyday World.

At London’s main event, the Salon exhibition at the stunning Copeland Gallery, the walls were covered in paintings, drawings and photographs of woman and non-binary artists who’re exploring a wide range of themes. Artists were invited through a democratic and free to apply open call, the goal is to give a voice to all. “We are not stuffy about medium – this is abroad church,” said the curator Eddy Grattan-Bellew to the Guardian.

The Salon Exhibition showed, as you might have guess, in salon-style works for sale by international and London-based acclaimed and emerging female and non-binary artists, including. There were many, *many* captivating pieces.

Some of the highlights were Saucy Sez expressive and pretty funny BORING & SEXY, Divines by Anne Lauroz and Jenya Datsko’s “Aperitivo”. Other highlights were Annie Mackin’s vibrant Éiru, depicting the goddess of Ireland’s land, seas and sky. Kate Jackson’s drawings Snotty Little BITCH which she made with her toe (or at least that’s what it says) and My dreams are longer than my days.

The Salon Exhibition was curated by Eddy Grattan Bellew and Ruby Streek in cooperation with C. Finley and Molly Caldwell and ran at the Copeland Gallery until July 9th, 2021.