in conversation with: Haffendi Anuar 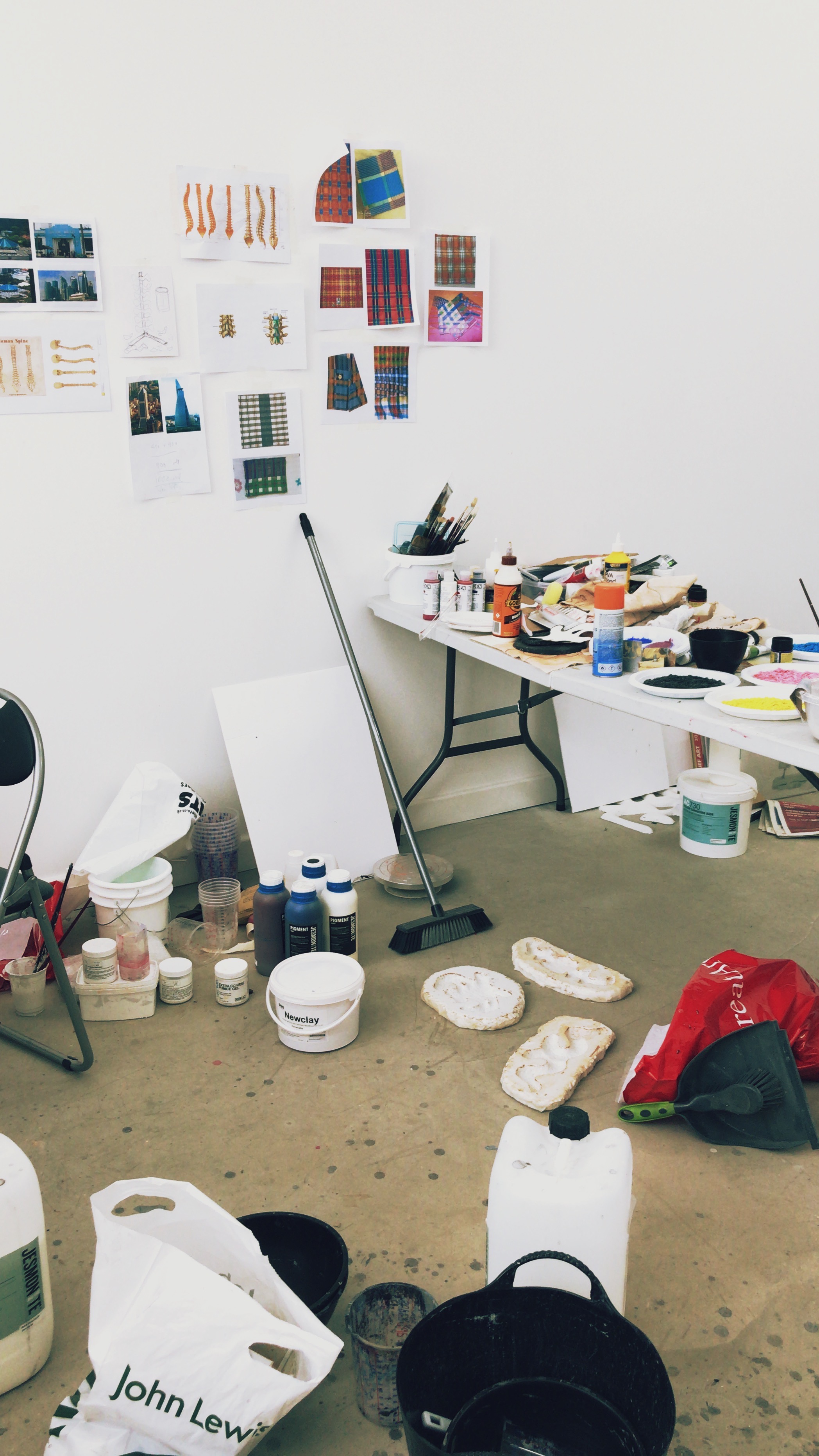 Trained at RISD, CSM and Ruskin School of Art, Haffendi is a Malaysian sculptor/artist whose work defies the status quo of art in Southeast Asia. The region is dominated by a certain type of painting as its favoured medium of its art production. Haffendi is also featured in the ‘100 Sculptors of Tomorrow’ book published by Thames & Hudson, which is part of a continuous project by Kurt Beers. Though based in Oxford, Haffendi’s work remains in touch with the social contexts of Kuala Lumpur and modern Malaysia.

You were born in Malaysia then attended RISD for foundation, did your BA in Central Saint Martins, and you just recently graduated from Ruskin School of Art, Oxford University. What a resume! Can you tell us more about what each school taught you?

‍I took a lot of time-off in-between the different schools, doing stuff like working in galleries, assisting artists, traveling, learning a language or just focused on my artworks. There is a lot to list down on what I’ve learned from the different institutions, but I feel at times I learned more about art practice and the community during my time in between formal studies in the different environments and in London as well as being in close proximity to artworks made by other artists that I admire. Handling and working with the artworks in the context of installing them in a gallery space or in the artist studio removed the mystery or veil of ‘art’ and introduced to me both the practical and theoretical frameworks of art-making.

‍Ruskin School is known to be more theoretical than other art schools. Did your practice change after attending Ruskin? If yes, in what way?

‍The discussions at the Ruskin were great, enlightening and opened up new ways for me to frame and think about my work, current and previous, especially in relation to urgent ideas and issues circulating now. It is a short and intense course though thus ,I think its effect would only be visible or obvious in future work but it has definitely opened up my understanding of contemporary practice.

Can you please describe your artwork as if you were talking to someone who can’t see?‍

It’s really hard to describe my work in that sense. My work has been said to be spatially sensitive among other things, visually vibrant and ‘constructed’.

Your most recent object-based works use Sarong that is very common for Malaysian, Indonesian, and Bruneian to wear. What’s the social context behind it?

The recent work came about from a story my mom had told me before I left for Oxford that as a child, I used to play under my father’s kain pelikat. Kain pelikat is a type of colourful tubular transnational garment or sarong usually worn by males in parts of Asia. Oriented in relation to my childhood memories of encountering and being physically enveloped by the fabric, my research and exploration into the iconography of the garment encompasses personal family photos, archive images, selfies on social media and texts describing the Malaysian landscape. I was interested in the social situations in which the fabric is worn right now in contemporary Malaysia and though-out history, the bodies that activate the fabric as documented in various images and described through texts.

Do you have any routine/ritual before you start working? Cigarettes? YouTube? Or maybe 10 cups of coffee?

Not really, I do “enjoy” answering emails in the morning before starting work, but I think right now, with the recent lockdown in the UK and the stay at home orders, I don’t really have a routine. The separation of work and life is not as distinct as before I guess.

You were featured in the ‘100 Sculptors of Tomorrow’ Book – published by Thames & Hudson. Can you tell us more about it?‍

It was a project initiated by Kurt Beers and a follow-up to the ‘100 Painters of Tomorrow’ book. I guess it’s a good publication that gives an overview of a selection of practising sculptors from around the world. It was great to be featured especially for an artist working in an art scene considered to be distant from typical ‘art-centres’.

Southeast Asian art is mostly dominated by paintings, how do you overcome challenges as a sculptor back home?

Yeah, that’s very true, and also dominated by certain types of paintings. The thing is, in Southeast Asia, there are a lot of objects and cultural materials, fine and from the everyday that I utilize as components in my work, and they are vital to contextualize my work within the social contexts of Kuala Lumpur and modern Malaysia. Moreover, I also find it intriguing that historically, artists/craftsmen in Malaysia were making sculptural objects like wooden carvings and woven baskets before the introduction of pigmented paint and ink, thus we were object makers a long time ago. An obvious challenge is the lack of discursive discussions on sculpture or object-based works and generally the appreciation for sculptures by the public and art community takes a longer time than a painting if it happens at all.

I think I might be staying in Oxford for another year. Initially I planned to move to London but with the current situation, I think I might stay put here for a bit.

Do you think the way we exhibit artwork and any other artistic production will be different after all of this?

Yeah definitely, and the answer is not in online ‘showing rooms’, those do not equate to exhibitions. I also think it’s a good time to slow down and reflect.

Do you have any advice for younger artists, especially those who are Southeast Asian following in your steps?

I think just believe in what you do, commit to work and also learn from outside of the art academies, in the world. Travel, read and think of others.