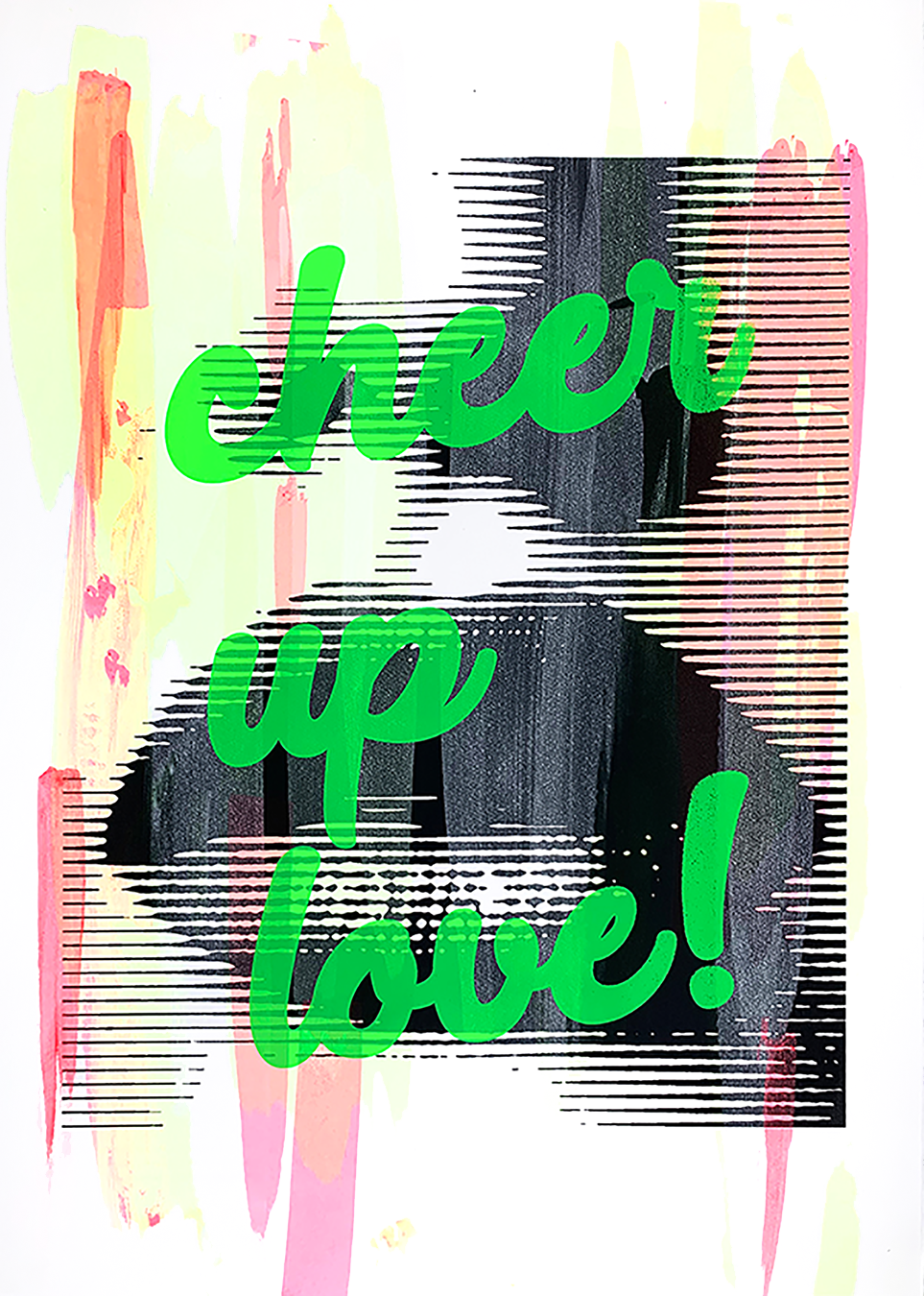 Custom fees are not included

Signature: On the front

This work is part of a series in which the line ‘Cheer Up Love’ is repeated and repeated again. Generally a comment from a man to a woman, this all too familiar line is increasingly being recognised as harassment and a prime example of widespread objectification, it stands for the gender imbalance ingrained in contemporary society and has been fought for decades. Seemingly innocent, but why would women have to put a fake smile on their face? Why would someone feel like they had a right to comment on what one’s body, and on any emotions, they may have? It revolves around the male gaze, a theory that came to the forefront in feminist theory from the 70s. During that time, art emerged that addressed feminist issues. In the beginning, the main analysis was the social and economic factors that had prevented talented women from attaining the same status as their male counterparts. They questioned the central place of the female nude in the Western canon and asked why men and women are portrayed so differently. In his 1972 book, Ways of Seeing art critic John Berger concluded, ‘Men look at women. Women watch themselves being looked at’. This is echoed in Kelda’s work. ‘Cheer Up Love’ evokes this sentiment: women function for men to look at. 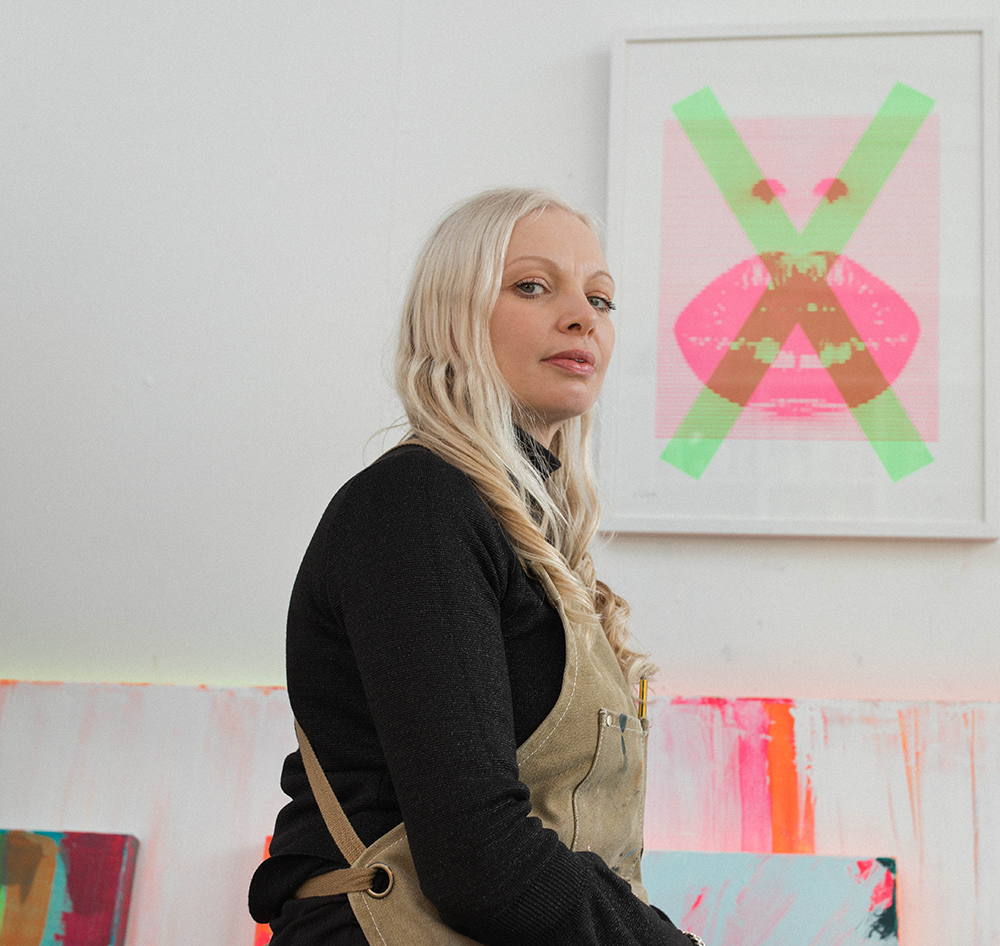 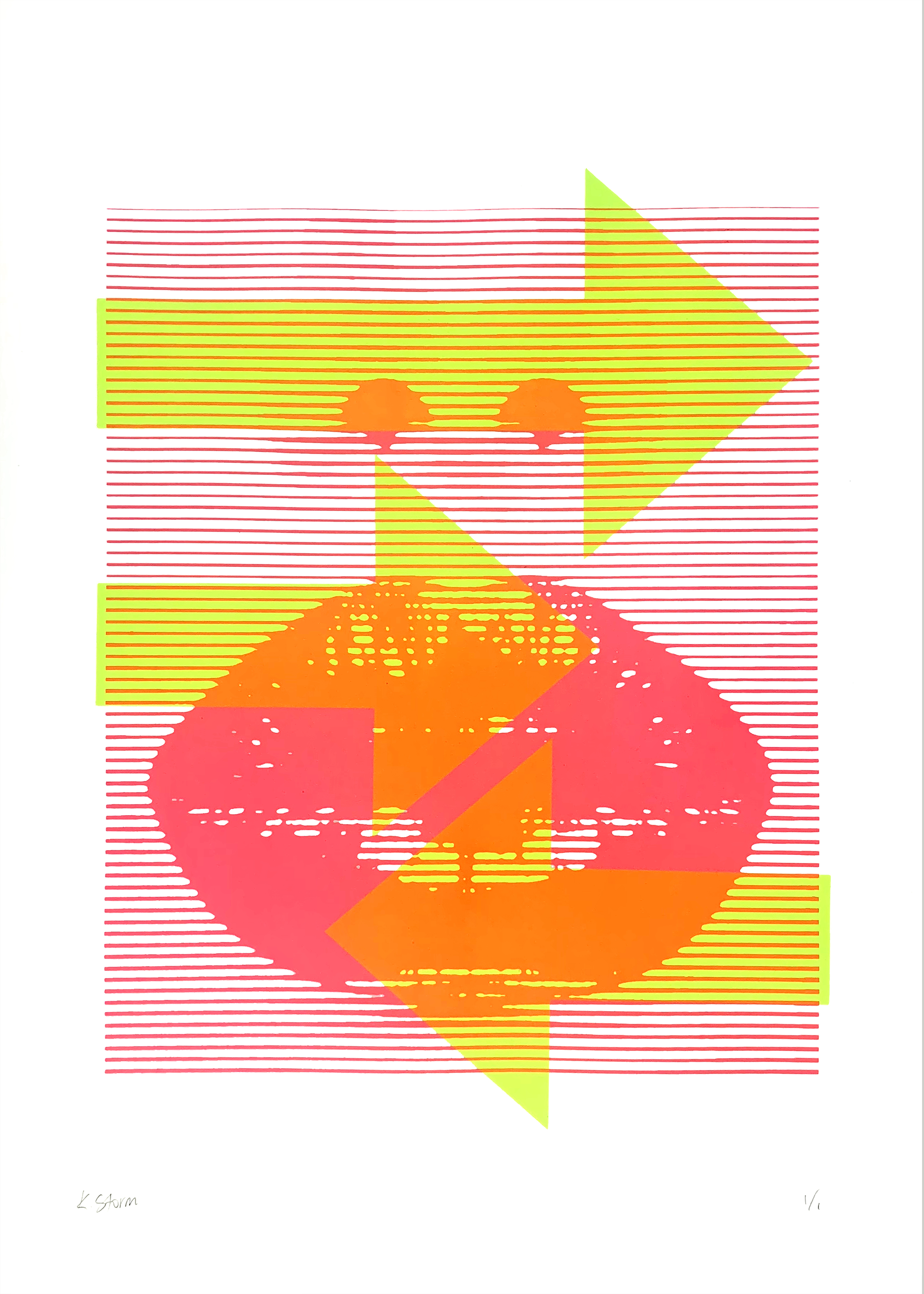 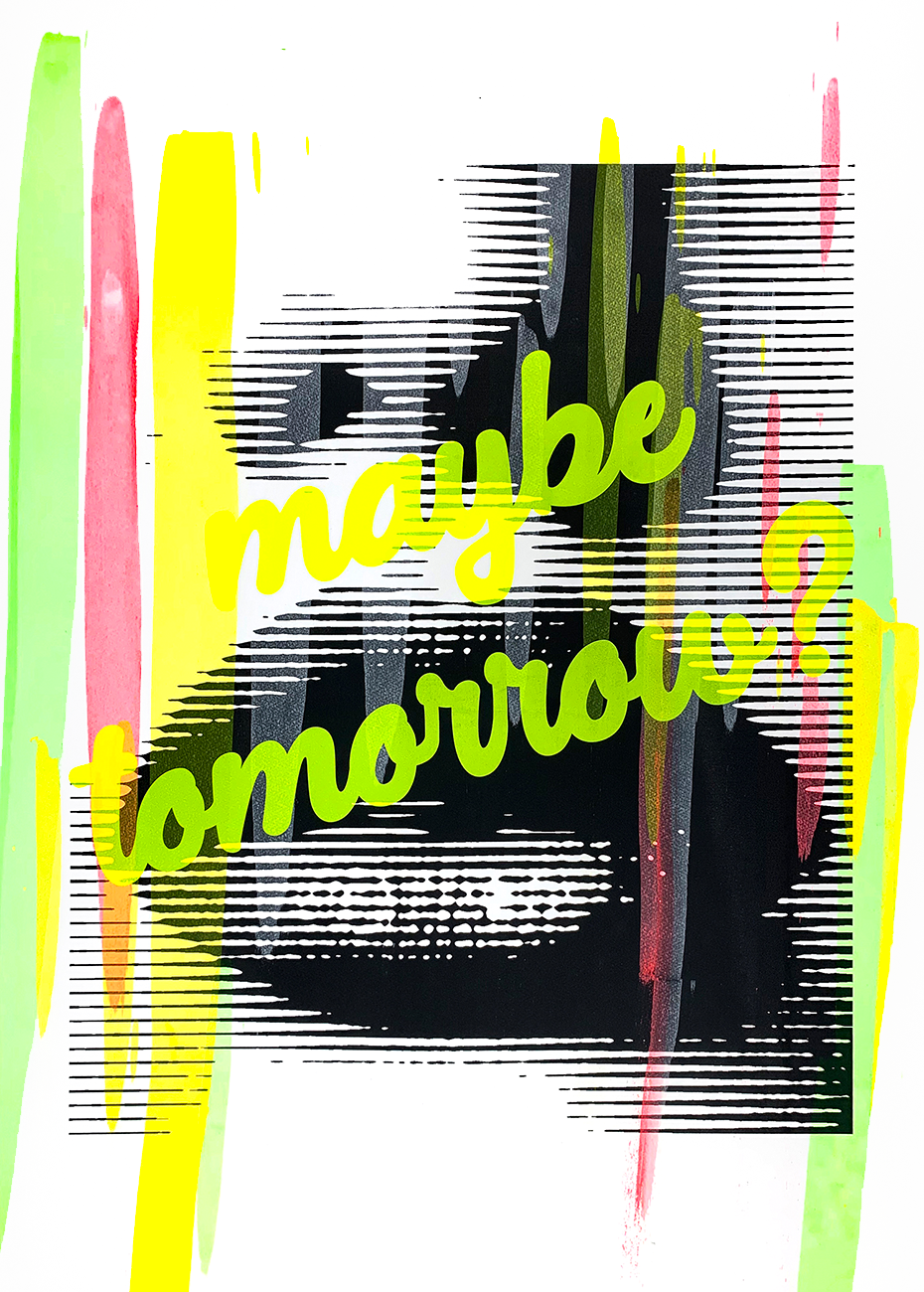 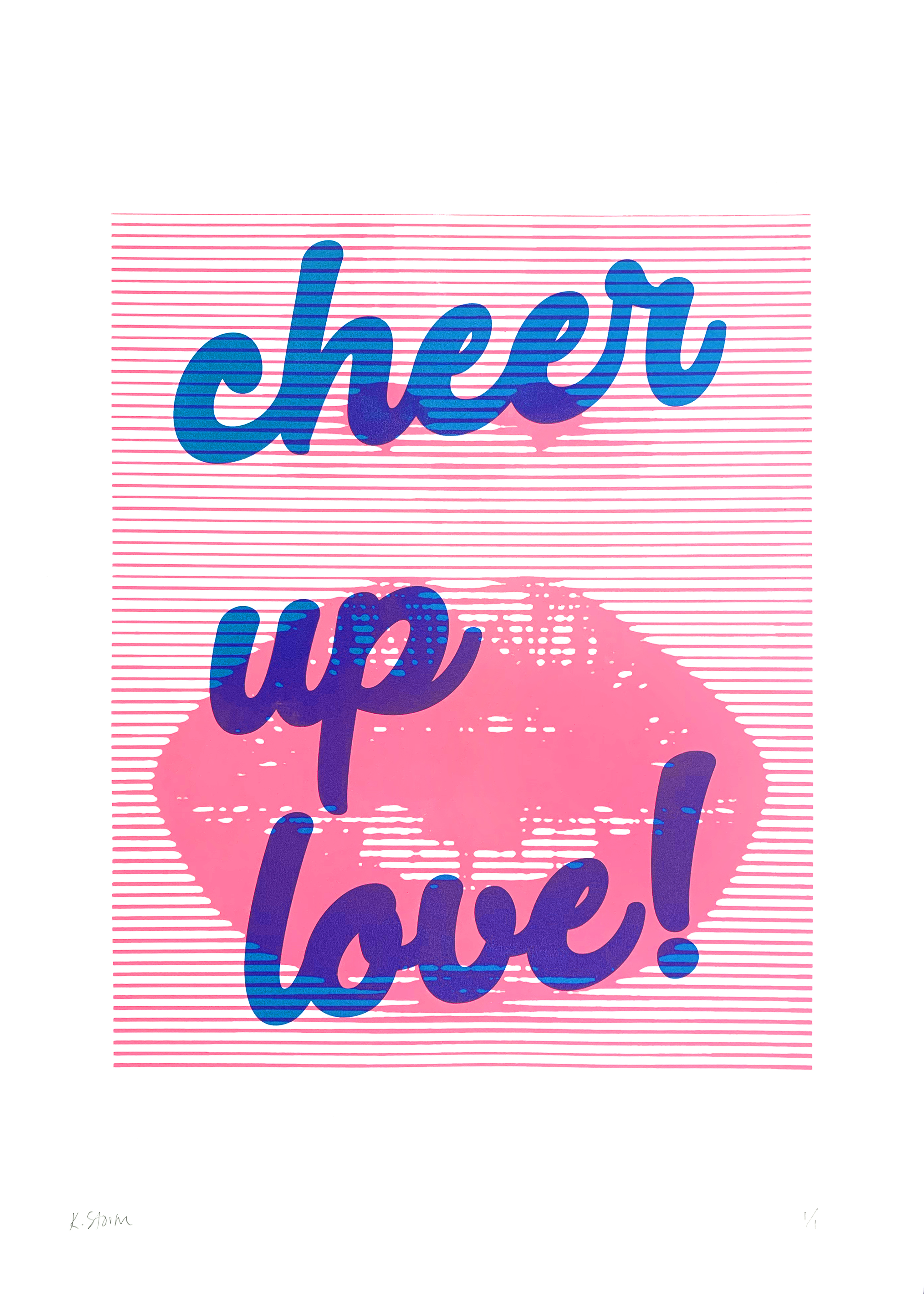 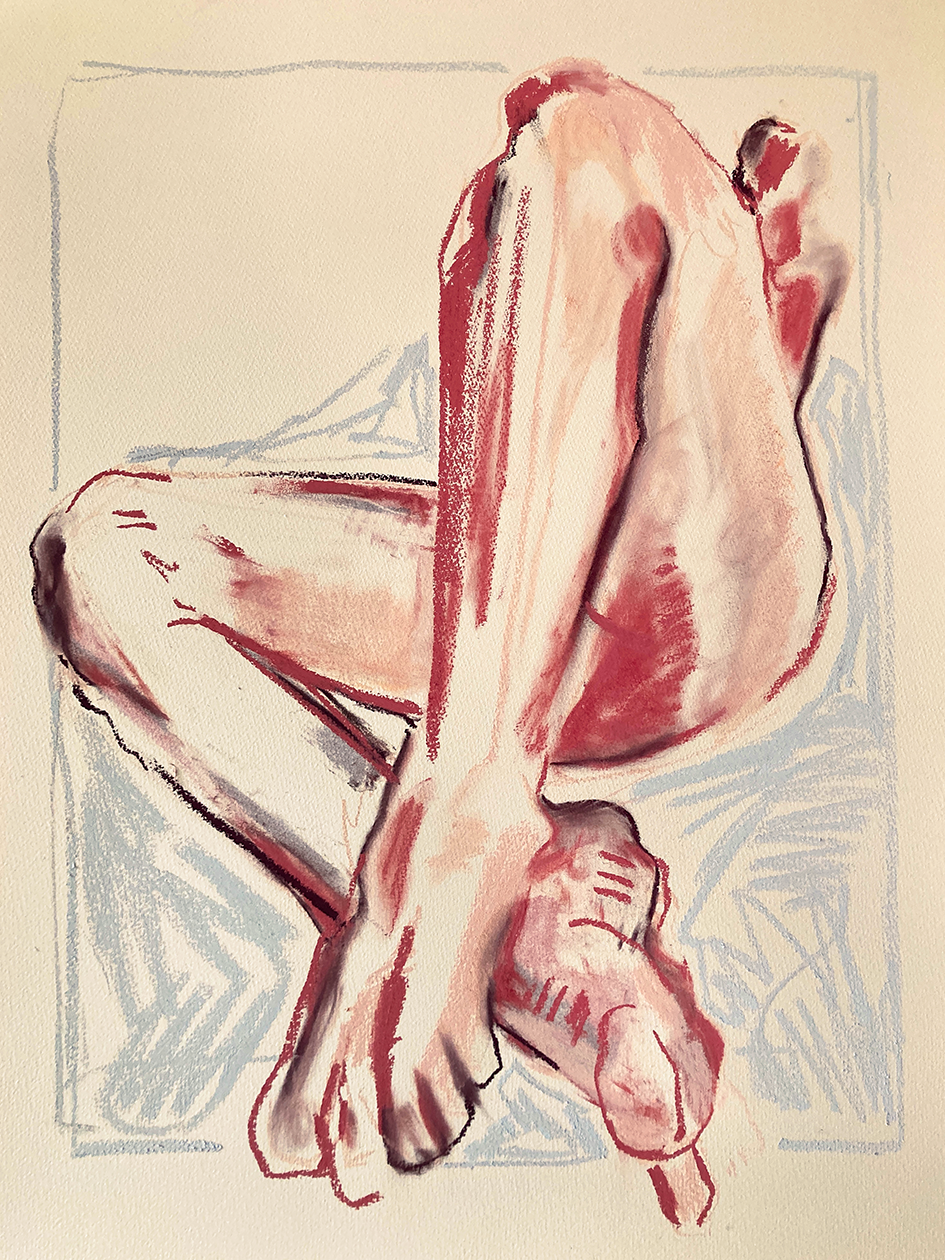 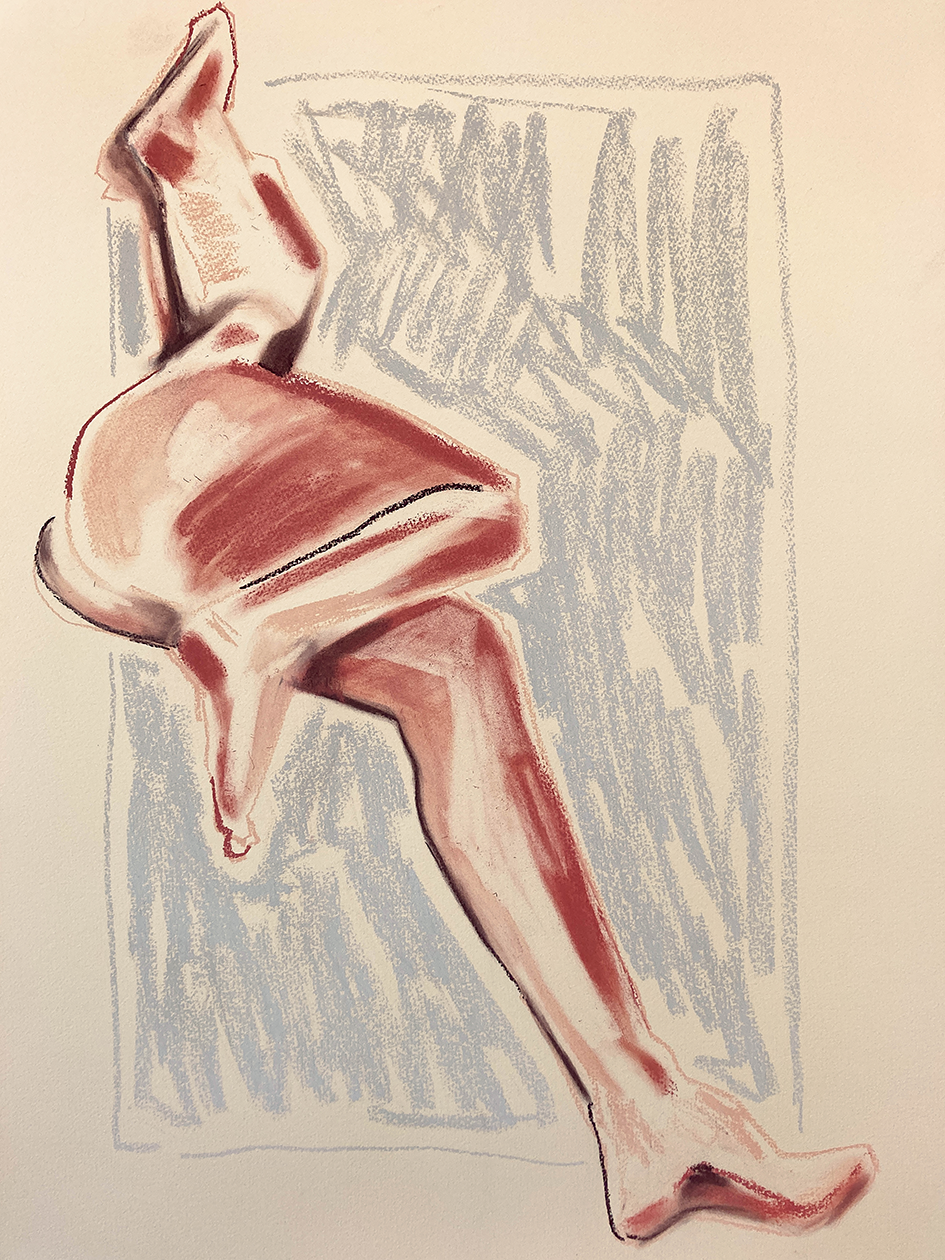 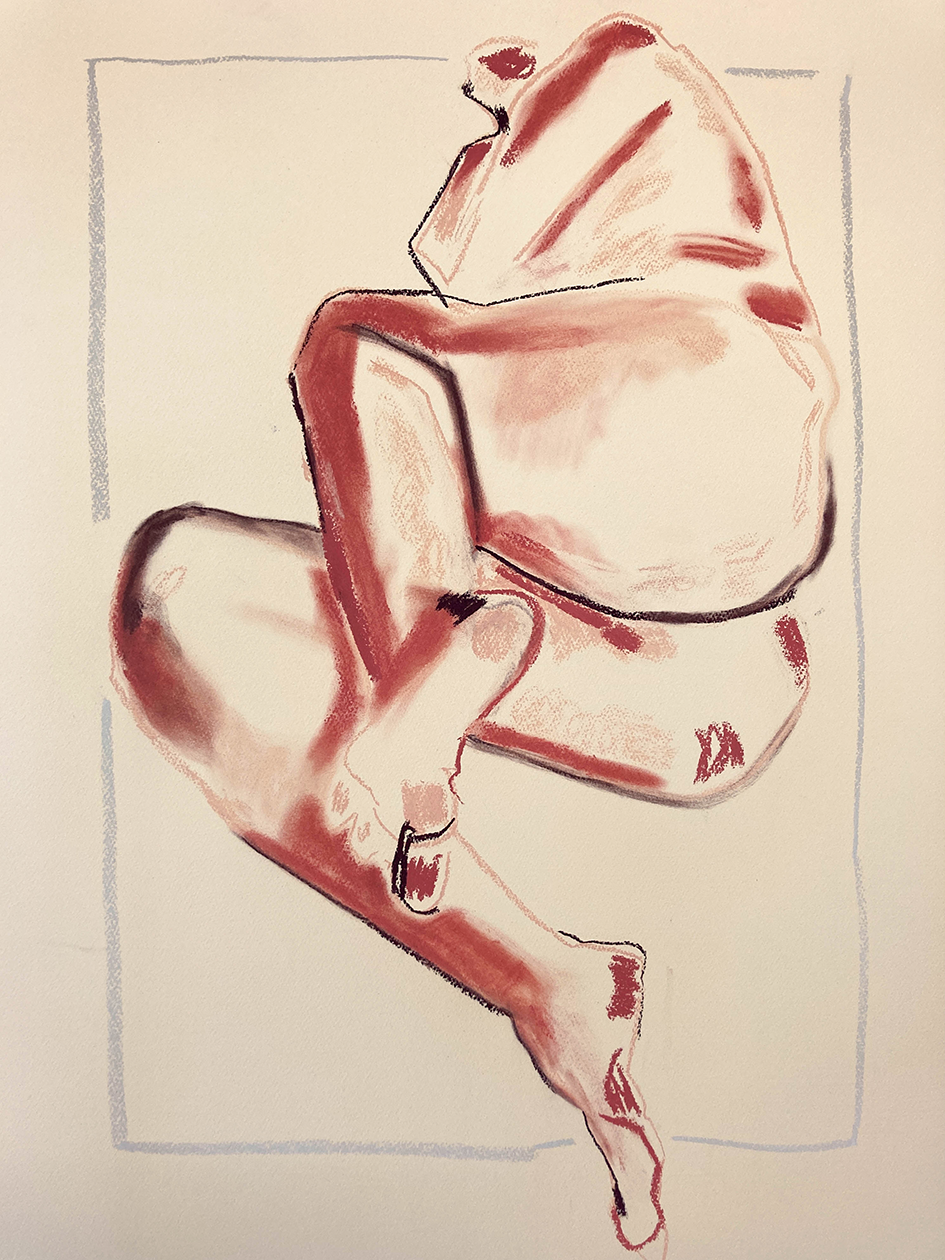