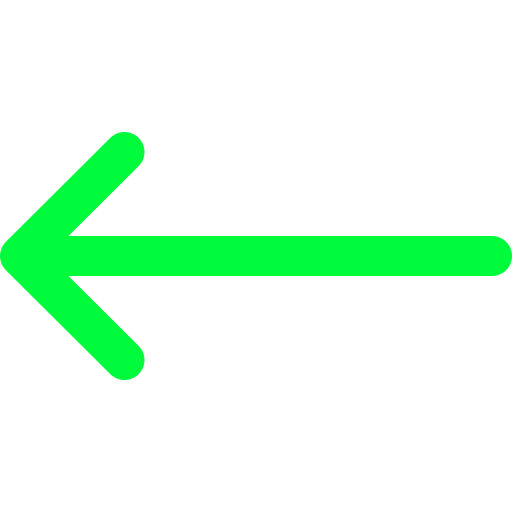 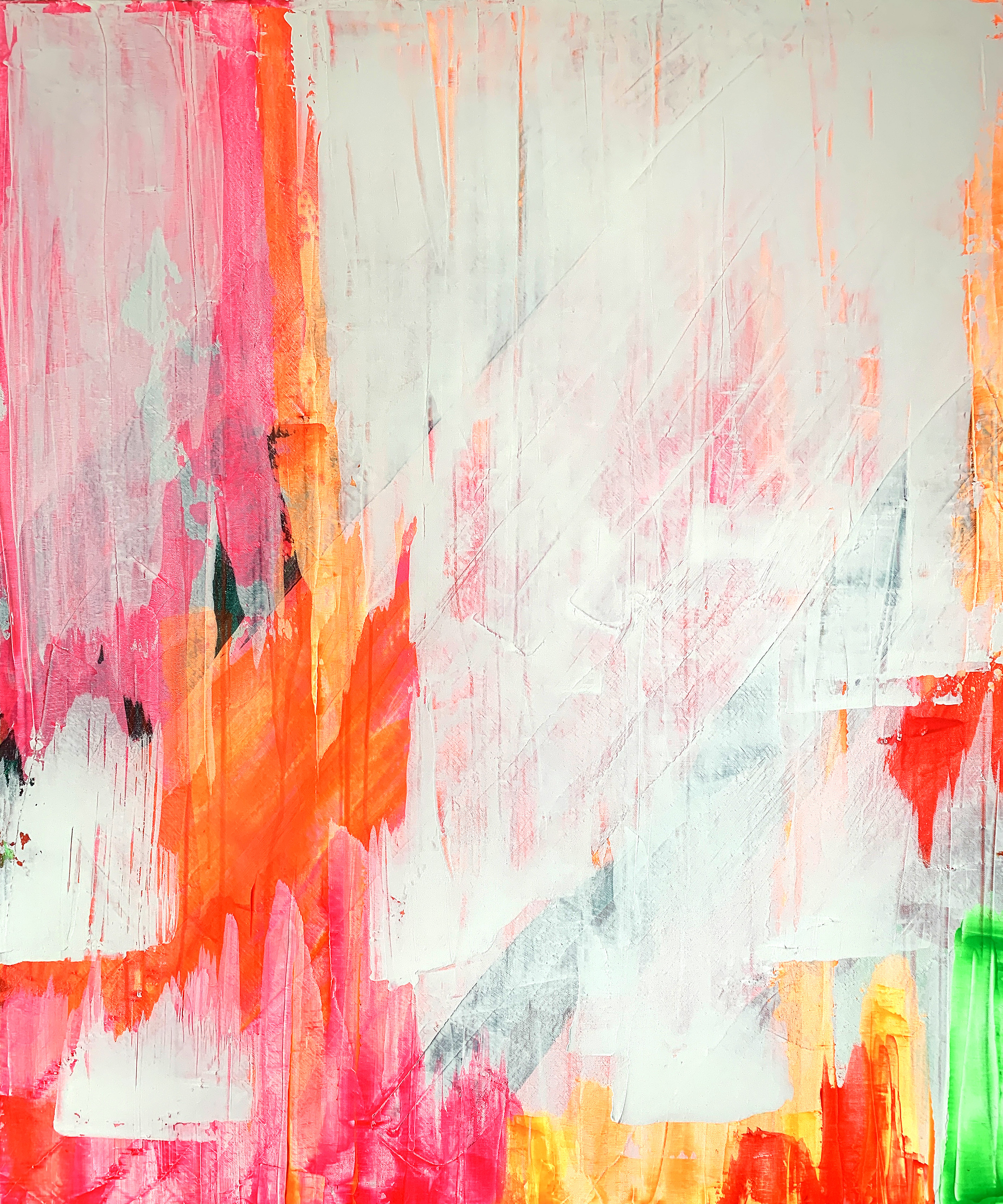 Kelda Storm is a London based artist who works around the contemporary feminist concept of the female gaze. In a very relatable way for many of us, she investigates the duality and complexity of the meaning of images and language within the context of femininity, representation and autonomy. She holds a Masters Degree from UAL: Camberwell College of Arts. Her work has been exhibited in London, most recently at Saatchi Gallery.

‘MY PRACTICE EXPLORES BOTH THE MALE AND FEMALE GAZES TO CREATE A VISUAL LANGUAGE THAT CONSIDERS FEMININITY, REPRESENTATION AND AUTONOMY. LIPS, PERHAPS THE ULTIMATE FEMININE ICONOGRAPHY, FEATURE HEAVILY AS MOTIFS IN MY ARTWORK. THEY SEXUALISE AND SENSUALISE THE FEMALE FORM, YET THEY ARE ALSO A SYMBOL OF SPEECH AND VOICE’. 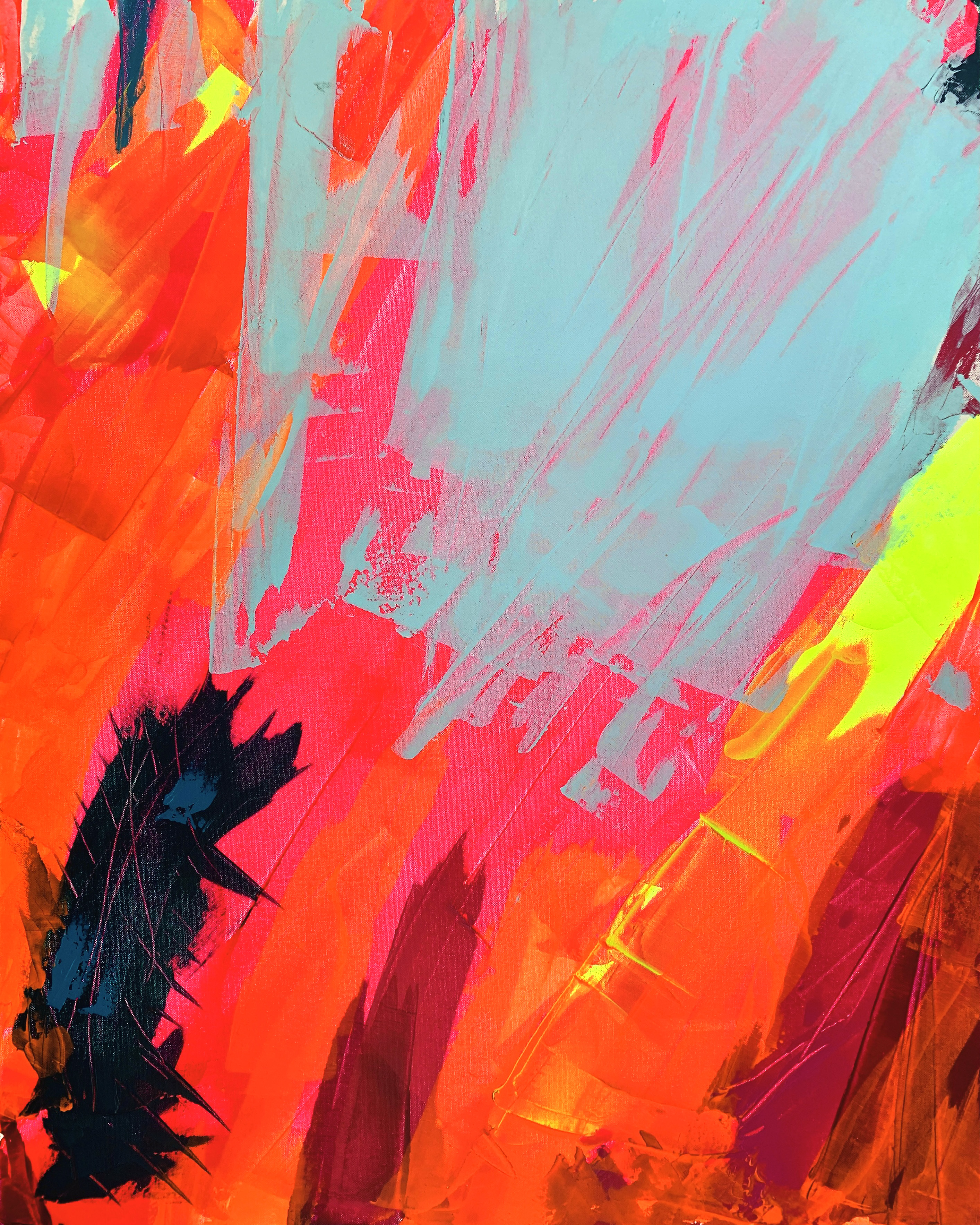 Kelda excels in the the silkscreen technique, which is made famous by Andy Warhol. It's a physical, delicate fine art technique of layering paint layers. In this method, artists wipe paint through a screen onto a piece of fine art paper. Because the negative space is blocked by stencils, paint can selectively pass through a screen to form the imagery. Using an analogue printing technique alongside abstraction adds to the post-digital feel of Kelda's practice. Kelda chooses screenprint because of its aesthetic quality and subtle texture, further enhanced when colours overlap. Made by hand, each of her silkscreen is unique. Although you can use this medium to create multiples, Kelda creates one-off pieces rather than mass-produced editions.

In a gallery setting the artist's work takes on a new form. It becomes one larger piece made of multiples, often displayed in a grid form. Reminiscent of fly-posters, billboard advertising or an Instagram feed. The display encourages the visual elements in her artwork to bounce off one another to form connections between the individual pieces displayed. She explains how 'The fluorescent colours I use are a recognisable characteristic that runs across my screenprint and painting practices, as are drips of paint and scraping colour across paper or canvas. The bright colours draw attention to my artwork, but they can also be hard on the eyes, I like this subtle contradiction of drawing in, yet also pushing back, the viewer!'

In these piece exclusively available through where's the frame?, Kelda has continued to further explore the monoprint as well as painting abstract works. With this collection of work, Kelda adds abstracted printmaking marks using screenink and a squeegee. With this process, Kelda explores colour and balance, alongside the use of repeated imagery, text and motifs. In her work, the line ‘Cheer Up Love’ is repeated and repeated again. Generally a comment from a man to a woman, this all too familiar line is increasingly being recognised as harassment and a prime example of widespread objectification, it stands for the gender imbalance ingrained in contemporary society and has been fought for decades. Seemingly innocent, but why would women have to put a fake smile on their face? Why would someone feel like they had a right to comment on what one’s body, and on any emotions, they may have? It revolves around the male gaze, a theory that came to the forefront in feminist theory from the 70s. During that time, art emerged that addressed feminist issues. In the beginning, the main analysis was the social and economic factors that had prevented talented women from attaining the same status as their male counterparts. They questioned the central place of the female nude in the Western canon and asked why men and women are portrayed so differently. In his 1972 book, Ways of Seeing art critic John Berger concluded, ‘Men look at women. Women watch themselves being looked at’. This is echoed in Kelda’s work. ‘Cheer Up Love’ evokes this sentiment: women function for men to look at. Her abstract paintings on canvas, she says: 'these artworks act as a voice without words and screenprints without a stencil'. 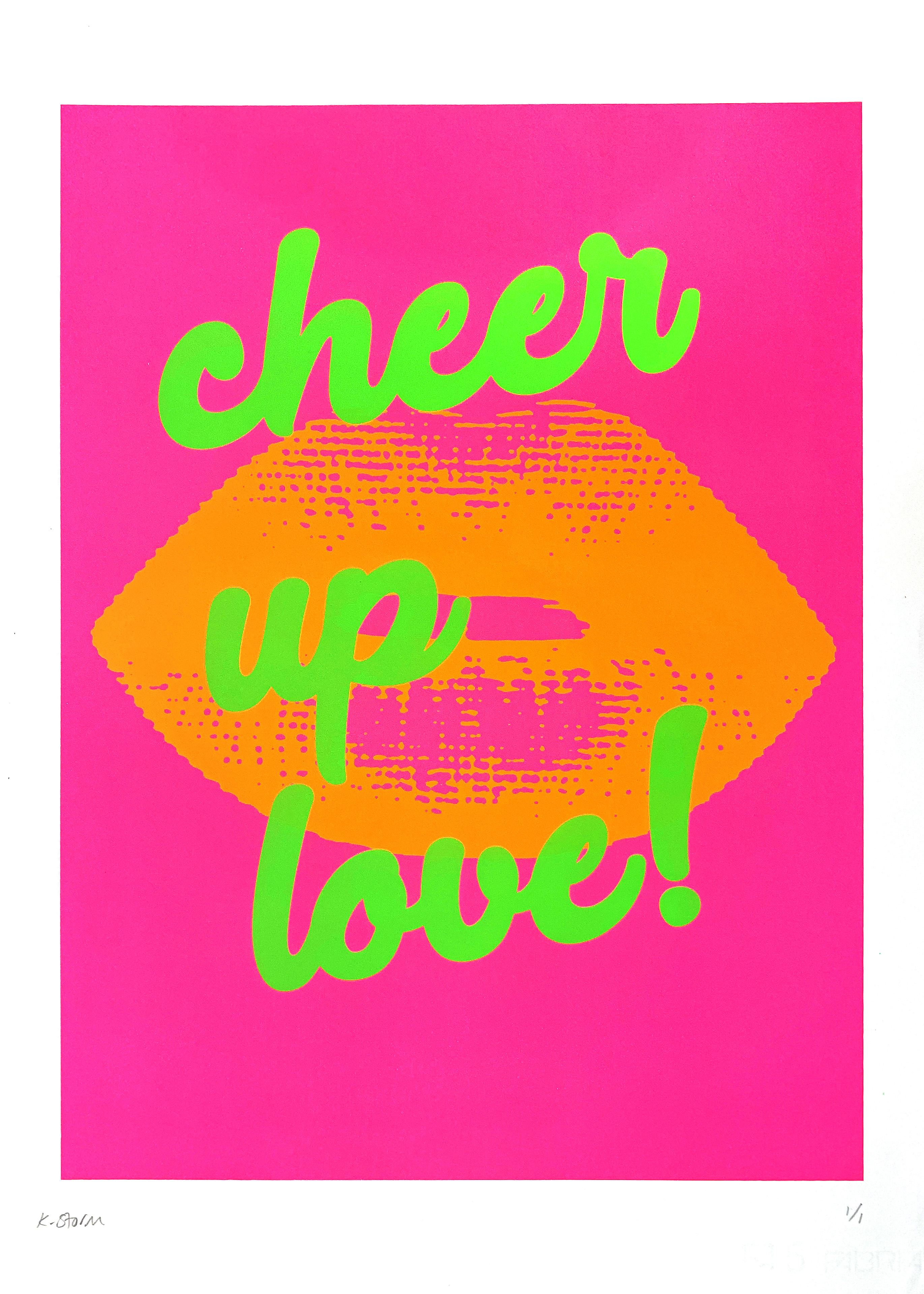 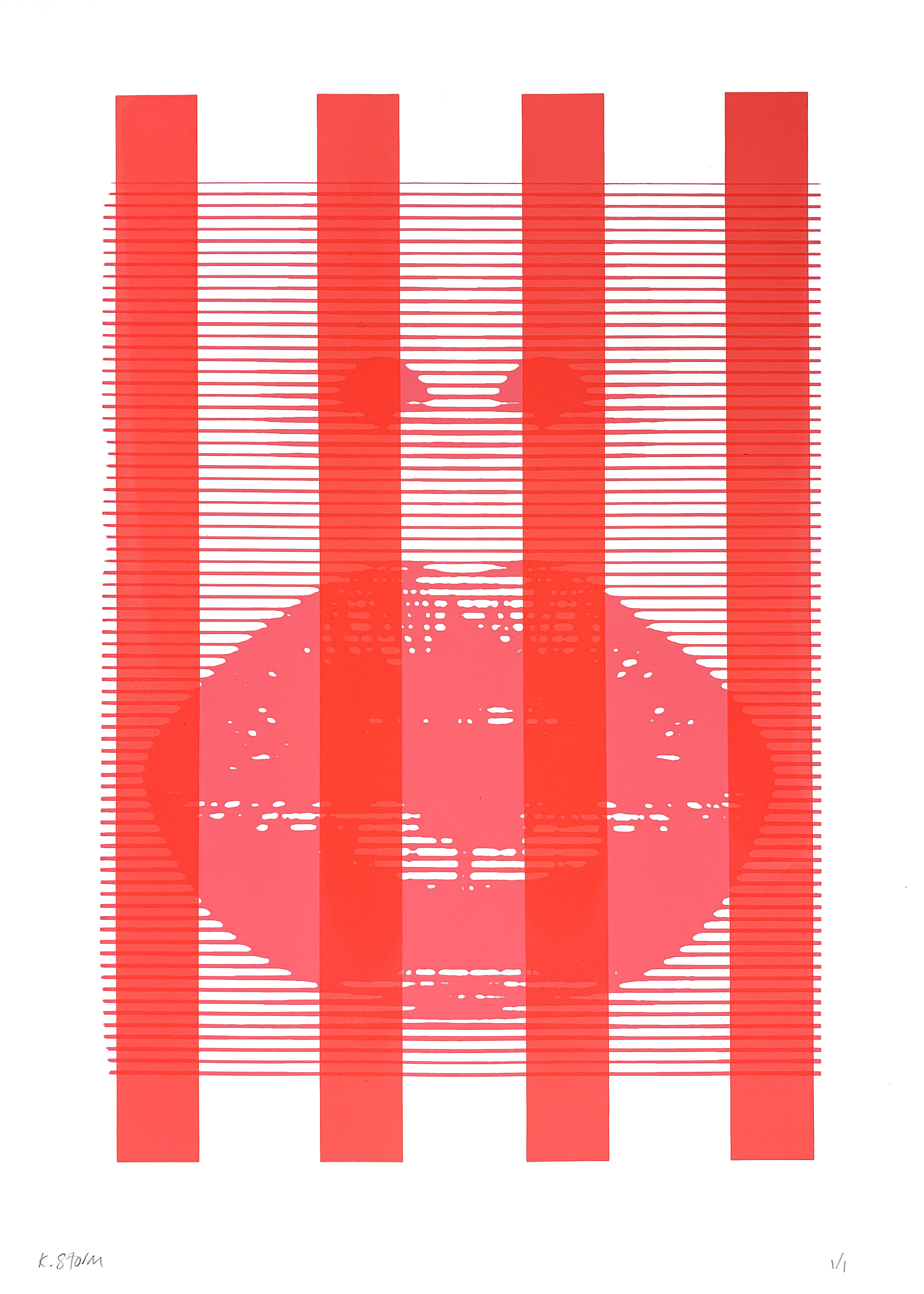 In 1975, Laura Mulvey, a British feminist film critic, describes the ‘male gaze’, which up to this day is a frequent topic for discussion. It means that in films, visual arts and literature, the world and women are depicted from and revolve around a male point of view. Women often did not represent much beyond being sex objects. They don’t have a backstory or only function to develop the plotlines centred on a male protagonist. The female nude, in particular, depicted by men, eroticizes traditional gender hierarchy and an unequal balance of power. This is seen as part of the complex mechanism that perpetuates gender inequality.

Since then, investigating the ‘male gaze’ has been seen as something important and is common in contemporary pieces. More recently, the ramifications of the 'female gaze’ are increasingly being investigated. When men are taken out of the equation, and female artists, photographers, directors and other creatives portray other women, what does that mean? Kelda works exactly around these notions of the male versus the female gaze. ‘Cheer up love,’ these three words perfectly spell out the crucial problem of the act of objectification while recontextualising it by pairing it with lips. As has explained: ‘They sexualise and sensualise the female form, yet they are also a symbol of speech and voice’. 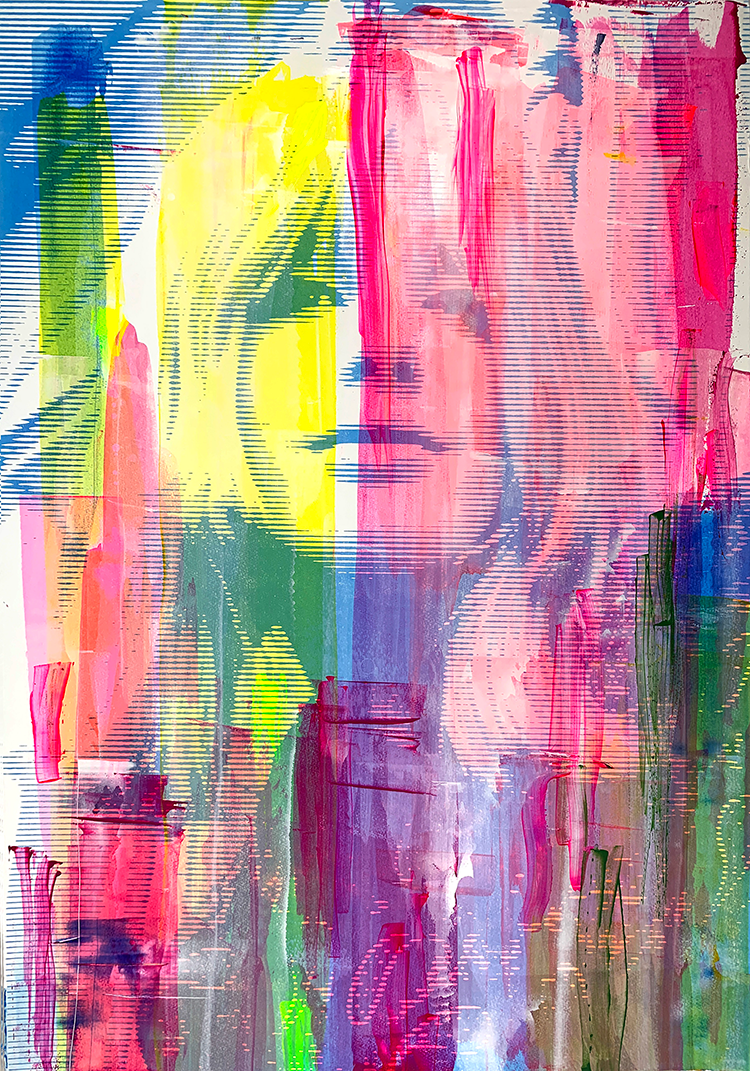 This work includes a certificate of authenticity.
View
No items found.